Hae-il and Ae-ra are seemingly ordinary couples. And then, Ae-ra’s younger sister works a normal part-time job. However, these people have a story they cannot tell each other. Hae-il and Ae-ra may seem to be ordinary at first but at night, Hae-il couldn’t reach climax. Even with a husband like that, Ae-ra puts in so much effort, but she’s worried it’s not going her way. And then Ae-ra’s sister, Ha-na said she will be working part-time, but apparently it’s not a normal job. These three people live in the same house just like that. However, Ae-ra wants to escape having sex with her boring and pointless husband. Finally, both Ae-ra and Hae-il dreams of change. However, these changes seem to be getting more and more twisted rather than flow in the direction they want. 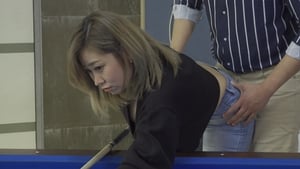