The “Hu-Du-Men” (loosely translated as “stage door”) is an imaginary line separating the stage from reality, and a line that must be crossed each and every night by Sum (Josephine Siao), the aging star of a Cantonese Opera troupe. Nearing the twilight of a storied career, Sum must face a variety of challenging new obstacles, including the possible emigration of her family come 1997, the appearance of a promising young actress (Anita Yuen), the hiring of a Western-schooled stage director (David Wu), the surprising revelation of her daughter’s sexuality, and finally the reappearance of a shocking secret from her past. Through it all, Sum must retain her professionalism and dignity, as the “Hu-Du-Men” between the stage and her life begins to blur. Emotional, intimate direction and Raymond To’s intelligent, relevant screenplay make Hu-Du-Men worthwhile cinema, but it’s Josephine Siao’s brilliant, emotionally dynamic performance that sets this film above the rest. 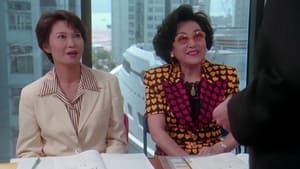